Research performance indicators in the frame of Activity 3 project in 2018-2020:

Research performance indicators in the frame of Mega-grant project in 2013-2017:

Brief description of the laboratory achievements in the frame of Mega-grant in 2013-2017:

The goal of the project implemented in 2013-2017 under the state contract 14.B25.31.0017 of 28 June 2013 was the establishment of the Laboratory for Mechanics of Advanced Bulk Nanomaterials for Innovative Engineering Applications at Saint Petersburg State University, the results of scientific research and innovation activity of which will be the development of fundamental mechanics of nanomaterials, design of scientific principles for obtaining new bulk nanomaterials with superior mechanical properties, as well as their innovative application in structural and electrical engineering and medicine.

The following main scientific results were obtained during 2013-2017:

The following scientific indicators were achieved during the project:

The scientific staff of the laboratory, consisting of highly qualified specialists (DScs and PhDs), as well as young researchers, students and postgraduate students, was created (see sec. 1-3, 8 of the indicator list).

More than 100 articles indexed in WoS system were published. 6 monographs of well-known international publishers as Wiley, Springer, etc. and 7 study guides were published (see sec. 4, 13-14 of the indicator list and Publications).

7 new educational courses in SPbU and USATU were prepared and introduced. 5 training courses for young scientists and lecturers from external organizations, with participation of more than 90 people were organized and successfully conducted (see sec. 5, 9 of the indicator list). 9 international workshops and conferences were carried out (see sec. 15 of the indicator list and Events).

5 DSc and 9 PhD theses were defended as the result of work (see sec. 6-7 of the indicator list and Dissertations). 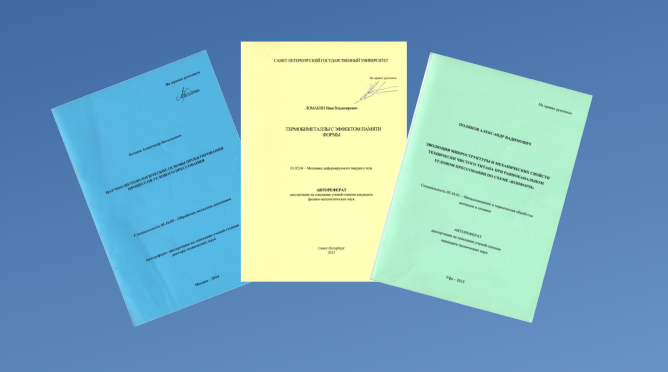 7 commercial agreements with a third party were concluded and fulfilled (see sec. 12 of the indicator list).

The unique equipment at a cost of more than 20 mln. rub. was purchased, constructed and put into service (see section Equipment). 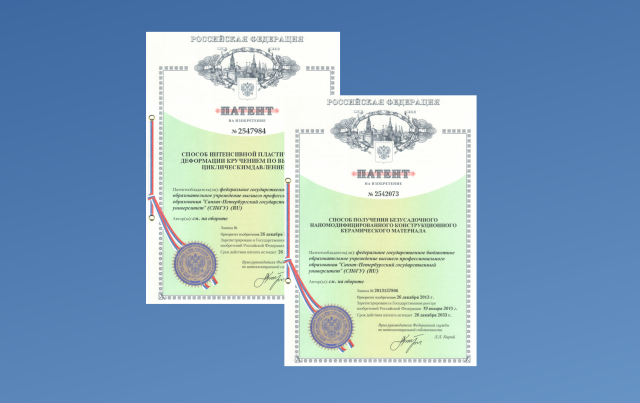 The prestigious international awards for achievements in scientific work (TMS Fellow Award 2014, SOMIYA Award 2015, State award of the Republic of Bashkortostan in the field of science and technology 2015) were won by the leading scientist.

Citation of scientific publications of the leading scientist and the laboratory staff in 2013-2017 exceeded 20 000 (Scopus), that is one of the highest rates for the Russian scientists.

Obtained results and conclusions formulated on their basis are novel and superior to the world standard in this field of science. They are of great significance for fundamental sciences of advanced bulk nanomaterials, as well as for development of production and forming technologies and for innovative engineering applications of bulk nanomaterials with the unique mechanical properties (particularly with high and superior strength).